A day late – but I was under particular time consraint both today and yesterday. My university requires every current PhD student to submit a “substantial piece of written work” by the end of today, and I can now say – it’s done! I submitted a chapter on the spatial analysis of artefacts relating to high-status industries found within the Main City North, a suburb of the ancient Egyptian city of Amarna. Using the awesome open source GIS package Quantum GIS have been able to establish where in this suburb industrial activity took place, where new, unknown working areas may be located, and, to a certain extent, how raw materials as well as finished goods have been distributed. My research aims and objectives can be found on my website.

The distribution of metal artefacts in the Main City North

The site, which is located in Middle Egypt, is currently being excavated by Barry Kemp and the Amarna Trust, this has been the case since the 1970s, but it has been subject to excavations since the 1890s, when Petrie undertook work at Amarna.   I was extremely lucky to participate in the Spring 2012 excavation season at Amarna. A preliminary report, written by Barry Kemp can be found here, and I have also published my own photos on Picasa. 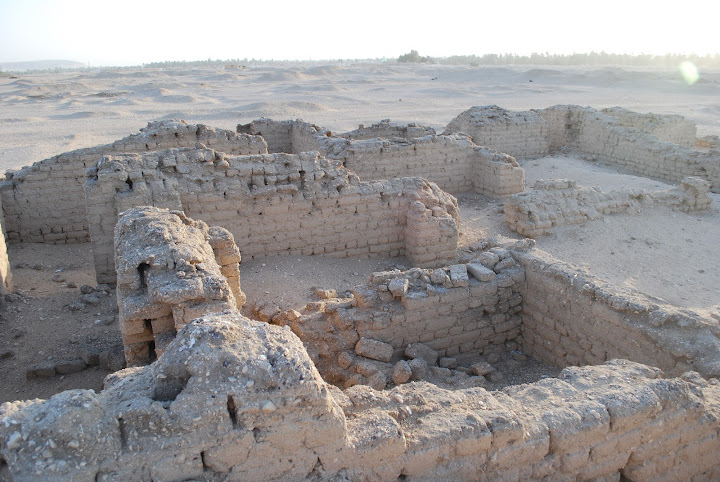 The house of Pawah at Amarna

The famous bust of Nefertiti was discovered on December 6th 1911 by Ludwig Borchardt and his team within the house of the sculptor Thutmose (within the Main City North) and was subsequently brought to Berlin, which is why the 100th anniversary of its discovery will be marked with an exhibition on Amarna, which I am looking forward to visit.

Digging at a Cliff Top Palace

Digging from a desk

Digging on the Web

Egyptology PhD student at Liverpool and Archaeologist-Geometrician for Oxford Archaeology and the Gurob Harem Palace Project, specialising in open source GIS. View all posts by Udjahorresnet →

Udjahorresnet has written 2 articles on Day of Archaeology