Day of Archaeology – What have Archaeovision been doing? A Computational perspective

As a relatively new commercial company we have had a lot of success within a number of research projects utilising computational methods in archaeology. We began the year by recoding the Insula Dell’ara Coeli in Rome, a second century building that can be found at the foot of the Capitoline hill. This was followed by a number of imaging related projects such as our Rode Imaging project, our photogrammetry work for the National museum of Estonia, Deerhurst Church and Salisbury Cathedral, included a 3D print of part of the medieval frieze found in the chapter house. Combined with other laser scanning projects such as the work completed at the Lady of Kazan church in Tallinn and the Ice House at Beaulieu, it has been a very busy year for us.

3D print of the Medieval Frieze

As those who specialise in computational methods, the majority of our time is spent in front of a computer, staring blankly at a screen waiting for our software to work and to stop crashing. Today has been no different! Archaeovision is split into three organisations, we have a company in England, a company in Estonia and a non-profit organisation that allows us to apply for research grants. We have therefore been working on a number of different projects within one day. James who is based in the UK has spent the majority of the day working on his PhD trying to process laser scan models for use within structural analysis tests and finalise a few of his thesis chapters. At the same time he been working on the admin side of the business, dealing with emails, invoices and trying to arrange our storage system. He has recently returned from California where he was part of a research led project looking at Chumash archaeology run by the University of Central Lancashire. His involvement was based on the recording of a number of different cave systems and he will spend this evening going through the scan data, tidying the data and creating virtual replicas of the areas required. 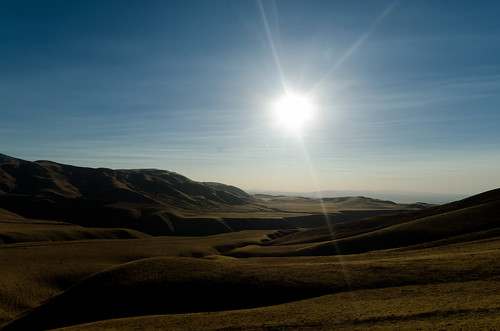 Attached to our UK company are Tom Goskar and Paul Cripps. Both act as consultants for us and both have already posted about their ongoing work. Tom’s focused on his medieval and web based work whilst Paul’s mentioned his work on his automation project and LiDAR project. Tom and Paul are both experts in their field and it’s a privilege to be able to work with them. Part of the emails that James has been dealing with today is through a future calibration project that follows Paul’s LiDAR work. We are in the final stages of negotiating terms and hopefully this will be underway shortly. At the same time James and Hembo, who is a partner of the business, have been dealing with a request for a website design, again today was spent trying to finalise the details of the work and understand fully what our client wants. Hembo has an extensive background in web based technology and has spent most of the day working on the website for the 2016’s CAA conference that is taking place in Oslo, Norway. Hembo manages this website, along with many others, throughout the year. Today Hembo has been focussing on the Open Conference System for the CAA conference, trying to streamline the submission process for next year’s papers. Hembo has also recently returned from Italy through his involvement in the Portus Project and has been working on the archive system used on site.

Connected to out Estonian team, Kaarel has managed to find time away from the computer and has spent the day completing a survey in south west Estonia. Andres has spent the day working on his Haapsalu Episcopal Castle project which captured an incredible 404 scans over a two day period. He has been tidying up the model for use within a Building Information Model and has been establishing if any areas need further recording. His work made the national news this week which has been great for the company. Connected to this, James was also interviewed during the week in regard to the Ein Gedi scrolls because of his experience with Computed Tomography scanning. The article that the interview was used for was published today on the Smithsonian website. Although the majority of the interview was not used, it has been a good day for us in terms of publicity and for the University of Southampton which James is connected to.

For most of us our day has been spent inside. On plus side for those of us in the UK, we have avoided the rain and have a fondness for coffee. A perfect combination for the long days’ worth of processing data and dealing with admin. Tomorrow involves more of the same but we will get to play about with some photogrammetric modelling that needs to be completed for one of our ongoing projects.

Sharing Some Perspective on Archaeology in Florida…360° of perspective to be exact!

A day of archaeology: a PhD student’s perspective

How a Research Project Happens (My Perspective)